Playboy was targeted for prosecution by a hardline Islamic group because it is "the world's icon of pornography," a prominent member testified Thursday in the trial of the American magazine's top editor. 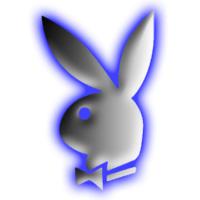 The co-chairman of the Front for Islamic Defenders, who goes by the single name Baharuzaman, filed a complaint with police which led to the indecency charges against editor-in-chief Erwin Arnada. He could face up to 36 months in prison if convicted, reports AP.

Appearing as a witness at the South Jakarta District Court, Baharuzaman said Playboy "violated norms of morality and politeness." Our organization targeted it "because it is the global icon of pornography," he said.

Playboy launched a tame version of its magazine in the world's largest Muslim nation in April, drawing protests from conservatives who demanded it be pulled from news stands. Its office was relocated to the resort island of Bali.

Unlike dozens of foreign editions, the Indonesian version has no nudity. Indonesian tabloids publish more explicit photos than Playboy and pornographic films are widely sold at black markets across the country.