A three-year police inquiry into the death of Princess Diana was issuing its long-awaited report Thursday, amid hopes it would finally stop the swirl of speculation about her fatal Paris car crash in 1997. 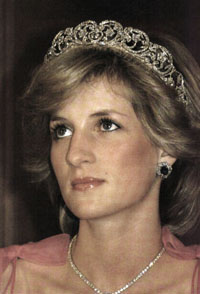 John Stevens, the former head of London police, led the investigation of the deaths of Diana, 36, and her companion Dodi Fayed, 42. They were killed along with chauffeur Henri Paul when their Mercedes crashed in the Pont d'Alma tunnel in Paris on Aug. 31, 1997, while the couple was being chased by media photographers.

News reports said the report would conclude that the crash was an accident a conclusion which Fayed's father rejected in advance.

"I am the father who lost his son. I am the one who knows everything," Mohammed al Fayed said Thursday in an interview with British Broadcasting Corp. radio. He has asserted that the couple were killed in a plot organized by British intelligence.

If Stevens does conclude it was an accident, "how can I accept something really shocking?" said al Fayed, owner of Harrods department store.

Diana's sons, Princes William and Harry, were briefed on the report's findings Wednesday, a day before its release to the public, British media said. The office of their father, Prince Charles, would not confirm the reports.

Rumors and conspiracy theories continue to swirl around Diana's death, despite a French judge's 1999 ruling that the crash was an accident. An investigation later concluded that Paul had been drinking and was driving at high speed.

Conspiracy theories, however, have thrived. A poll commissioned by the BBC, released earlier this month, found that 31 percent of the sample believed the deaths were not an accident, while 43 percent believed they were. The GfK NOP poll of 1,000 adults had a margin of error of 3 percentage points.

Stevens and police have refused to discuss the findings of his inquiry, although it is widely expected to conclude that Diana's death was an accident and that Paul, the driver, was drunk, reports AP.

But Stevens stoked rumors in January when he said his investigation was "far more complex than any of us thought." He did not specify what he meant.

The British inquiry, which involved 15 police personnel and is estimated to have cost several million pounds (dollars; euros), used cutting-edge computer technology to reconstruct the crash scene in 3D and examined the wrecked Mercedes in painstaking detail. Stevens looked at hundreds of witness statements, traveled to Paris to see the site of the crash and interviewed Diana's former husband, Prince Charles.

The Observer newspaper reported this week that the report also will say U.S. intelligence services were bugging Diana's phone without the approval of its British counterpart on the night of her death.

The newspaper said U.S. officials had assured Stevens the secretly recorded conversations shed no new light on her death.

The National Security Agency the United States' secret eavesdropping agency said Tuesday it had never targeted Diana's communications, but acknowledged it had 39 classified documents containing references to the princess.

The Observer said Stevens' report would also confirm claims that Paul had been in the pay of the French intelligence services.

The publication of Stevens' report will allow an inquest into Diana's death finally to get under way.

The inquest, convened and then swiftly adjourned in 2004, is due to formally resume next year under a retired senior judge, Dame Elizabeth Butler-Sloss. Preliminary hearings will be held Jan. 8-9 at the Royal Courts of Justice.