Transsexuals in Malaysia get more acceptance in Muslim society

Transsexuals are gaining more acceptance in mostly Muslim Malaysia, a well-known transsexual said Tuesday, a little more than year after she held a high-profile but controversial wedding with an accountant. 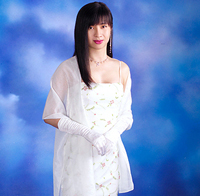 Transsexuals in Malaysia get more acceptance in Muslim society

Jessie Chung, an ethnic Chinese Malaysian who had sex-change surgery in 2003, said her country's transsexuals are "luckier than those in some other places" because anti-discrimination campaigns by nongovernment groups have helped to change the way in which many people view them.

"I know this because when I walk down the street, strangers who recognize me often approach me with encouraging words," Chung told reporters. "Our society is becoming more open-minded."

Chung, a Christian in her 30s who was born male, made national headlines by becoming the first transsexual to have a public wedding, on Nov. 12, 2005. She married accountant Joshua Beh in front of 800 guests in a ceremony conducted by independent church pastors.

However, the government has ruled the marriage invalid because it is considered a same-sex union. Chung's identification documents state she is a man, since Malaysian transsexuals cannot legally update their gender status even after changing their sex.

Chung's wedding sparked public debate about transsexual issues, such as Islamic laws that put Muslims who cross-dress at risk of being jailed and fined, the AP said.

Some 60 percent of Malaysia's 26 million people are ethnic Malay Muslims, but there are large ethnic Chinese and Indian minority communities, mostly Buddhists, Christians and Hindus, who are not subject to Islamic laws.

Chung, a semiprofessional singer, marked her wedding anniversary by launching an album of mainly Mandarin-language ballads that convey her life experiences. Producers hope to market it at home and in Singapore, Taiwan and other Chinese-speaking territories.