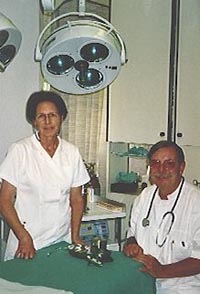 In a departure from the standard chemotherapy treatments, which flood patients with toxic chemicals to kill cancer cells, doctors are trying to provoke the body's natural defenses to do the same thing. Two such techniques to combat melanoma were reported in papers presented this week in Prague at a European cancer research meeting.

The strategies are the first attempts to suppress the body's T-regulatory cells, which normally keep the immune system in check. In cancer, oncologists theorize that it may be helpful for the immune system to remain active, thereby unleashing it on the cancer.

"This is a fundamentally different approach to treating cancer," said Dr. Alexander Eggermont, professor of surgical oncology at the University of Rotterdam, Netherlands, the conference's chairman. Eggermont was not connected to either of the skin cancer research papers.

While the research is still preliminary, the scientists' novel approach to attacking cancer has already produced some promising results.

In a paper presented by Dr. Jason Chesney of the JG Brown Cancer Center in Kentucky seven patients with advanced skin cancer were given a drug combination of diphtheria toxin and interleukin 2, intended to knock out the body's T-regulatory cells. In five of the seven patients, tumors shrank or remained stable.

By wiping out the T-regulator cells, the drug prevented the immune system from shutting down, thus priming the body to mount a continuous attack against cancer, Chesney explained, reports AP.

"This is a landmark study," said Dr. Anna Pavlick, director of the melanoma program at New York University Medical Center's Cancer Institute, who was not involved in the study. "What it shows is that by suppressing T-regulatory cells, we can take the brakes off a patient's immune system."

Though Pavlick says it's too early to change how patients are treated based on Chesney's study alone, she believes the methodology merits further research.

"It's like having permanent chemotherapy," said Chesney. "You're inducing your own immune system to stick around and keep this cancer from growing."

Advanced melanoma is a devastating disease for which there is no effective treatment. The average life expectancy is about nine months, and less than 20 percent of patients survive more than two years after diagnosis.