The piano on which John Lennon composed "Imagine" is being sent to Dallas by pop star George Michael to be featured in a photographic exhibition celebrating peace. 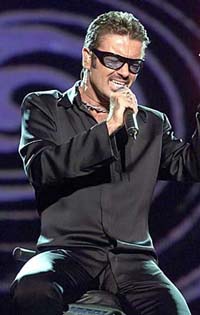 The piano will be shipped to Goss Gallery for the display, which will include the work of three war photographers. The gallery is owned by Michael's longtime partner, Kenny Goss.

"They bought this piano at auction, and the piano has never left the UK before," gallery director Filippo Tattoni-Marcozzi told The Associated Press on Wednesday.

The exhibit displays the work of photographers Don McCullin, Gabriele Basilico and Tomas Munita positioned around the piano as a symbol of peace. It will premier Dec. 5 and be on display through Jan. 13 before going on tour in the United States and Europe.

A limited-edition catalog featuring the three photographers will also be produced, with the proceeds going to amfAR, which raises money for AIDS research and prevention, Tattoni-Marcozzi said.

Michael first gained fame as one-half of the '80s duo Wham! and later found superstardom with his 1987 solo album, "Faith."