A photographer who took topless photos of Cameron Diaz when she was 19 and tried to coerce her into buying them back for $3.5 million after she became famous lost an appeal, challenging his conviction. 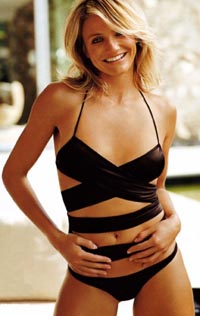 John Rutter was convicted last year of forgery, attempted grand theft and perjury relating to the topless photos. He is currently serving a nearly four-year sentence.

Rutter argued the conviction should be thrown out based errors in his trial, but a three-justice panel from the 2nd District Court of Appeal disagreed on Monday.

Diaz was a 19-year-old aspiring model when Rutter photographed her in 1992 in leather boots and fishnet stockings. At one point she held a chain attached to a male model's neck.

She wore a top and black vest in some of the photos, which were published in European magazines at the time, reports AP.

The topless photos have never been published, and a judge has prohibited Rutter from releasing either them or a video of the shoot.

Rutter testified during his two-week trial that he gave Diaz two days to pay him $3.5 million for the photos before he shopped them to prospective buyers for a campaign timed to coincide with the 2003 release of her film "Charlie's Angels: Full Throttle." But he said he was only offering her first right of refusal, not trying to blackmail her.