A taxi driver accused of telling police that a former Playboy Playmate had a gun and threatened to kill him in a dispute over a $9 (Ђ7) fare has lost his license. 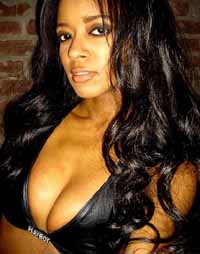 Playboy's Miss November 1992, Stephanie Adams, says she entered Darko's taxi in uptown Manhattan late one night in May and asked to be taken to her home downtown. She says Darko drove part of the way but then stopped and refused to take her farther, telling her it was too inconvenient. An argument ensued, and both called police.

Adams, the first openly gay Playmate, says in a lawsuit naming Darko, the city and police that Darko told the responding officers incorrectly that she had a gun and threatened to kill him. She says police pointed guns at her, leered at her and roughed her up while restraining her.

"It was a nightmare," Adams, 35, said at a Sept. 22 news conference announcing her lawsuit, which seeks $5 million (Ђ4 million) in damages.

Darko has maintained his innocence and accused Adams of causing the ruckus by refusing to pay the $9 (Ђ7) fare, but the TLC said he failed to submit a written response to the judge's ruling against him, reports AP.

"She thinks she's got a case," Darko said by telephone, "but I didn't do nothing. I didn't start anything with her."

A police spokesman denied any wrongdoing by officers and said Adams didn't complain at the scene that the officers had misbehaved.