American Edmund S. Phelps won the 2006 Nobel Memorial Prize in Economic Sciences on Monday for explaining the relationship between inflation and unemployment, work that has had a profound impact on macroeconomic policy. 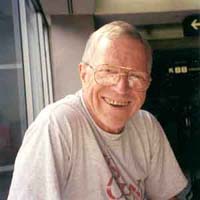 The 73-year-old Columbia University professor challenged prevailing views in the 1960s by developing a new economic model that has helped corporate and government leaders balance inflation and unemployment in decision-making.

He is the sixth U.S. citizen to win a Nobel Prize this year, meaning every prize save for the literature and peace prizes, which have not yet been announced, have gone to Americans.

"It's beginning to sink in that I have won this wonderful award," Phelps said from New York in a live telephone conference with reporters in the Swedish capital. "I understood that it could happen, but I had no idea when it would happen or if it would happen.

"I tried to put the people back into our economic model and in particular to take into account their expectations about what other economic actors are doing at the same time and in the future," he said.

The last time the prize went to a single winner was in 1999 when Canadian Robert A. Mundell, also of Columbia, won the prize for his analysis of monetary and fiscal policy under different exchange rate regimes.

The Royal Swedish Academy of Sciences said Phelps' work, done in the late 1960s, had "deepened our understanding of the relation between short-run and long-run effects of economic policy."

Phelps challenged the prevailing view in the 1960s that there was a stable, negative relationship between inflation and unemployment, illustrated by the so-called Phillips curve.

"He recognized that inflation does not only depend on unemployment, but also on the expectations of firms and employees about price and wage increases," the academy said.

Phelps put together a new model to describe the relationship between inflation and unemployment, known as the expectations-augmented Phillips curve.

"That idea has been accepted all over the world," prize committee member Bertil Holmlund said. "It has been a resounding success story, reports AP.

The economist also showed that there is a precise equilibrium unemployment rate at which firms raise workers' wages at the same rate as average wages are expected to rise in the economy overall. Those findings have influenced central banks in their interest rate decisions, the academy said.