Bill Cosby returned to the city for an empowerment workshop, saying there are serious problems facing blacks in Detroit that can be resolved if the community puts forth the effort. 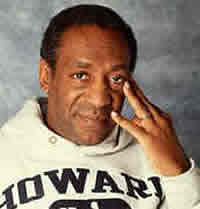 About 600 people attended the Saturday event at Wayne County Community College District's downtown campus. The workshop was co-hosted by Cosby and Barbara Reed, a social worker.

"You're about to listen, absorb and to challenge yourself to move in a positive direction," the comedian told the audience. "Strength, that's what we're after."

Detroit, with its majority black population, was listed as No. 2 in the U.S. Census Bureau's ranking of poorest big cities released in August, with 31.4 percent of its residents living in poverty, reports AP.

Cosby visited Detroit in October 2005 as part of a tour to encourage community involvement and self-improvement. He also visited the city in January 2005, asking blacks to be more responsible for the future of their children.