The man who kidnapped Natascha Kampusch as a 10-year-old schoolgirl and held her for 8Ѕ years in an underground cell - then killed himself after she escaped last month - was buried Friday under a false name in an undisclosed location, officials said. 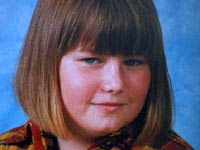 Only two mourners were on hand for the burial of Wolfgang Priklopil, 44, who jumped in front of a commuter train hours after Kampusch bolted to freedom on Aug. 23, said Maj. Gen. Gerhard Lang of the Federal Criminal Investigations Bureau. Authorities kept the location secret to keep away vandals, he said.

Kampusch, now 18, paid last respects to her former captor at the medical examiner's office in Vienna and was not present at Friday's funeral at a cemetery south of Vienna, Lang said.

He said Priklopil's mother and the sister of a former business partner were the only ones at the grave. The burial ceremony took only five minutes, and although the pair recited a prayer, no priest presided at the funeral, Austrian radio reported.

As nine police officers stood guard, the two mourners left wreaths of pink and red roses on the grave, the radio report said. It said Priklopil was buried in a light wood coffin under a false name, the AP reports.

The communications technician committed suicide a few hours after Kampusch escaped from his home in the Vienna suburb of Strasshof while he was distracted with a cell phone call. Her disappearance while walking to school on March 2, 1998, had been Austria's greatest unsolved criminal mystery.