Michael Jackson must pay $60,000 (Ђ47,000) in attorney fees for his ex-wife as she pursues a custody case against the pop superstar, a judge ordered Wednesday. 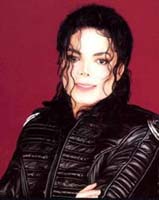 Superior Court Judge Robert A. Schnider gave the entertainer until Sept. 28 to meet the order. He did not rule on whether to grant Deborah Rowe visitation rights to the couple's children, Prince Michael and Paris.

Jackson and Rowe did not attend the hearing.

Rowe had sought $195,000 (Ђ152,500) toward her attorney fees but Schnider declined, noting that she had received an $8 million divorce settlement.

"She has millions of dollars, so she should be able to contribute to her own fees," Schnider said.

The amount granted Rowe was reasonable and the judge left open the possibility that she can seek additional fees later, Rowe attorney Eric M. George said outside court.

Rowe, a former nurse for Jackson's dermatologist, married him in 1996 but filed for divorce in 1999 and later gave up custody rights. She asked a judge to reinstate them in 2003 after Jackson had been arrested on child molestation charges.

He was acquitted last year and now lives in Bahrain.

In February, a state appeals court ruled that her parental rights had not been properly relinquished under the law.

Attorneys for Jackson and Rowe were scheduled to meet next Tuesday to discuss settling the custody case, reports AP.

"Hopefully all issues will be settled," Jackson attorney Michael Abrams said. "In one week, this case may be over."

Jackson also has a third child, Prince Michael II. The boy's mother has not been identified.