Cruise’s child to become foto model for the first time

She has not been seen publicly since her Scientology-style birth in Los Angeles four months ago. 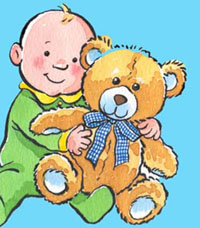 Cruise’s child to become foto model for the first time

Suri was born after months of nonstop publicity generated by Cruise and his new lady love including an appearance on "The Oprah Winfrey Show" by the actor in which he declared his love for Holmes by jumping over a couch.

The eagerly awaited pictures of the baby were taken by celebrity photographer Annie Leibovitz, according to Ninemsn.

They will be published in the magazine in the autumn, The New York Post reports.

A spokeswoman for Vanity Fair had no comment and a spokesman for Leibovitz's studio said, "We know nothing about this. The studio is closed for August." A spokesman for Cruise was not immediately available for comment.

Few recent celebrity subjects have produced as much table-thumping tabloid copy as questions about the existence and well-being of baby Suri, Washington Post reports.