X-ray reveals older painting beneath another one 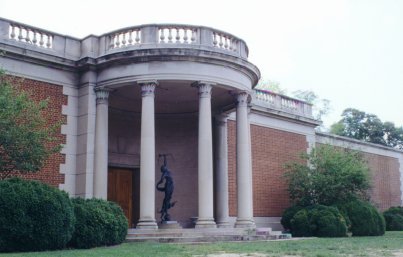 X-ray reveals older painting beneath another one

The Washington County Museum of Fine Arts, which owns the painting, asked a local hospital to X-ray the artwork to determine its condition. The X-rays showed a detailed image of a man dressed in late Renaissance clothing with his hands clasped at his waist.

Museum curator Mary L. Pixley called the finding a "jackpot." Pixley said she had been hoping to find another painting, but was not sure what would turn up.

It was not unusual for artists to paint over earlier works rather than waste canvas, Pixley said.

The painting by Gerolomo Bassano, entitled "The Sepulchre," depicts the preparation of Jesus Christ's body to be placed in the tomb. Joseph of Arimathea is at the head of Jesus, Nicodemus is at his feet and the Virgin Mary is in front, the AP reports.

"I am just in an utter state of happiness right now," said Pixley, who plans to research the Bassano family in hopes of identifying the man in the hidden painting.

Bassano lived from 1566-1621 and belonged to a well-known family of artists from the small town of Bassano and Venice.

The painting is based on a larger altarpiece painted in 1574 by Bassano's father, Jacopo Bassano, and brother, Francesco Bassano, which hangs in the Church of Santa Maria in Vanzo, Padua, Pixley said.

Museum director Joseph Ruzicka said Gerolomo Bassano's painting of "The Sepulchre" would have been made for a Catholic home to use as a private devotion. The painting's nocturnal setting adds dramatic effect, showing how Jesus, who was crucified on a Friday, was buried before sunset, the start of the Jewish sabbath.