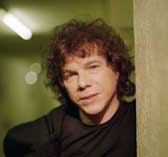 Cocciante suggested Tuesday that he could leave the country in response. "If France denies me, I will deny France," he said on RTL radio.

Cocciante and his wife were convicted Monday for evading income taxes in 2000. The court found that the French-Italian singer declared just Ђ9,300 (US$11,290) in income to French tax authorities, when his revenues that year really reached more than Ђ6 million (US$7.3 million). Cocciante said he thought the income wasn't taxable in France.

Cocciante was on tour and was not present for the court ruling. His wife, who was there, said they would appeal. It was unclear when they would start serving their sentence.

On Tuesday, Cocciante acknowledged moving to Ireland for tax reasons, but said he pays Irish taxes and had done nothing illegal.

"There are many other artists (who do the same) and no one talks about them," he said on RTL. He accused tax authorities of paying attention to his case only because of the success of "Notre Dame de Paris," which has been a hit in many European countries.

Cocciante also criticized high taxes in continental Europe, suggesting that they could push many successful artists to the United States or other countries with lower taxes, reports AP.