Joan Didion, E.L. Doctorow and John Updike were among the finalists Friday for the National Book Critics Circle awards. 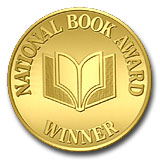 Updike, a two-time NBCC winner for fiction, was nominated in criticism for "Still Looking." Other finalists were "Unnatural Wonders," by Arthur Danto; Hal Crowther's "Gather at the River"; William Logan's "The Undiscovered Country"; and Eliot Weinberger's "What Happened Here."

The finalists for poetry were: Simon Armitage's "The Shout," Manuel Blas de Luna's "Bent to the Earth," Jack Gilbert's "Refusing Heaven," Richard Siken's "Crush" and Ron Slate's "The Incentive of the Maggot."

Two honorary awards were to be presented. Bill Henderson, founder of the Pushcart Press, was to receive a lifetime achievement prize. Wyatt Mason, whose essays have appeared in Harper's, The New Yorker and elsewhere, has been cited for reviewing.

The National Book Critics Circle, founded in 1974, has about 500 members, reports AP.