Moscow theaters stand up in defence of arrested Russian actor

Four Moscow theaters expressed their support for actor Pavel Ustinov, who was sentenced to three and a half years in a penal colony for dislocating a police officer's shoulder during a protest action in Moscow on August 3. 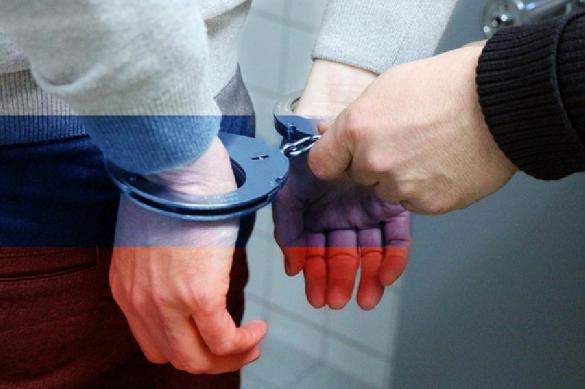 In the evening of September 16, actors and actresses at the Moscow Art Theater named after A.P. Chekhov, Theatre Center On Strastnoy, Other Theater and Satyricon Theater spoke in support of Pavel Ustinov during curtain calls.

Director of the Moscow Art Theater named after Chekhov, Alexander Molochnikov, said that journalists had rescued their colleague Ivan Golunov, rap musicians defended rapper Husky, so people of theatre should stand up for their colleague, actor Pavel Ustinov. He added that representatives of the theater community believe in Ustinov's absolute innocence and plan to go to court to appeal against the court's decision.

Many Russian actors and actresses leave video messages in support of Ustinov on social networks.

A Moscow court sentenced actor Pavel Ustinov to 3 years and 6 months in a general regime penal colony. The court accused Ustinov of attacking an employee of the Russian National Guard and dislocating his shoulder. Ustinov claimed that he did not take part in the protest action at all, but found himself on the scene while waiting for a friend. At first, officers detained Ustinov, and then his friend, who spent two days in a police department.

According to the actor, three National Guard officers twisted his arms behind his back, knocked him down on the ground and started beating him with batons before throwing him into a police van. Ustinov claims that he did not show any resistance to the officers. However, the court ruled that the actor tried to escape. The court referred to a CCTV footage, which did not monitor the area, where Ustinov was detained. The actor was thus found guilty of the use of violence dangerous to life and health against a government official.