Man sentenced to 5 years for tweeting death threats against children

A Moscow court sentenced blogger Vladislav Sinitsa, a financial manager who lives in the Moscow region, to five years in a colony. The court thus found the blogger guilty of calling for violence  against law-enforcement officers' children after clashes with security forces during protest actions in Moscow. Vladislav Sinitsa was persecuted for the message that he tweeted under the moniker of  Max Steklov on July 31. According to prosecutors, the blogger urged "a wide range of individuals to commit unlawful violence against children of law enforcement officers." 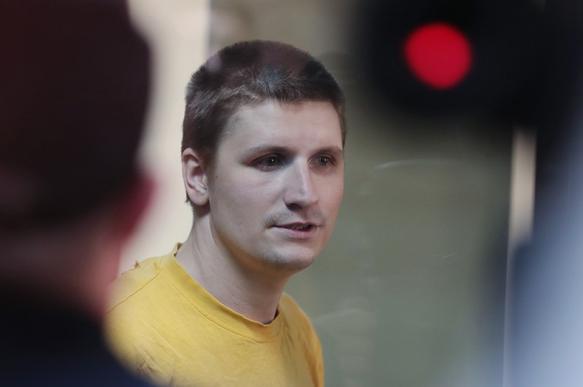 The message in question was a response to the question of whether it was appropriate to de-anonymise law-enforcement officers. "They'll take a look at happy family photos, study the geolocation, and then a child of a brave law-enforcement officer simply will not come home from school one day. Instead, the officer will receive a mail package - a CD with a snuff video on it," the blogger tweeted.

The blogger said that he did not call for violence against specific people and their children, but only allowed such a possibility. He said that his words were misinterpreted as the message that he posted did not contain any verbs of imperative mood. Sinitsa's lawyer said that the tweet was part of the blogger's reflection of a situation that could take place conceivably.

The court brought down the sentence two days after the blogger was arrested. The judge decided that Sinitsa "committed acts to incite hatred or enmity, to humiliate dignity of a person or a group of people on grounds of gender, racial, ethnic, language, origin, religious discrimination, including with the use of media outlets or information and telecommunication networks, including the Internet, containing a threat of violence.

Representatives of the Russian Federal National Guard Troops Service (Rosgvardia) said that the service was satisfied with the sentence.

Vladislav Sinitsa will appeal the verdict.