Minister of Culture of Chechnya Khozh-Baudi Daayev condemned the Oscar appearance of American actor Billy Porter, who appeared at the Academy Awards ceremony wearing a gown instead of the traditional men's suit. 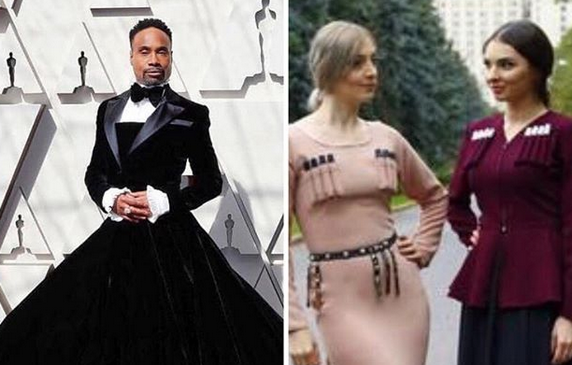 According to Daayev, one has been persistently trying to erase all differences between men and women on television lately. "Of course, we condemn it, we make fun of it, we consider it immoral and utterly disgusting. But this is not alien to people who have not even a drop of conscience, shame, morality, dignity, who do not have even human gender," the minister wrote on his Instagram account.

The official stressed that from time immemorial, the Caucasus has been following unbreakable rules that set clear distinctions between the sexes. They would cut off heads for breaking those rules, he added.

"Much to our regret, one can come across the fashionable sentence to those values on the streets of the majestic Caucasus today, as an increasing amount of people use attributes of national men's clothing in women's clothing," the official complained.

Actor Billy Porter appeared at the Oscars wearing a black velvet gown designed by Christian Siriano. Porter supplemented his image with a black bolero that resembling a men's jacket shortened to the waist.