The Office of the Public Prosecutor of the city of Angarsk in the Irkutsk region of Russia is looking into reports about the ritual of sacrifice, conducted by shamans on Lake Baikal. During the ritual,  representatives of religious organization Huhe Munhe Tengeri (which translates as "Eternally Blue Sky") burned five camels and uploaded a video about their ceremony on the Internet. 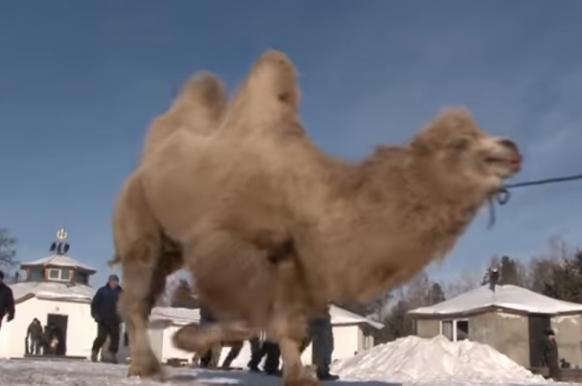 "Among the Buryats, the camel is considered the top animal for sacrifice. We chose to sacrifice five, because this is the best mark that schoolchildren can get for their studies, the top mark for knowledge, for abilities. So if we want to achieve something big, we have to excel," a man who introduced himself as "Deputy Supreme Shaman of Russia" said.

The video shows a group of shamans pulling camels to the place of the ritual to the sounds of tambourines.

"We want to make our Mother Russia beautiful, strong, powerful, and sovereign in her decisions and in her way in life," the man said to explain the meaning of the ceremony.

Interestingly, representatives of a shaman center in the Republic of Buryatia said that camels are not used for sacrifice in the region. According to them, it was just a barbaric ceremony the point of which they could not explain.