A state of emergency was introduced on Russia's Novaya Zemlya archipelago in the Arctic due to the massive invasion of polar bears into the territory of human settlements. Incidents of aggressive behavior of animals were reported. It was said that polar bears attack people and try to  enter houses where people either live or work. The polar bear is the largest land predator on the planet. 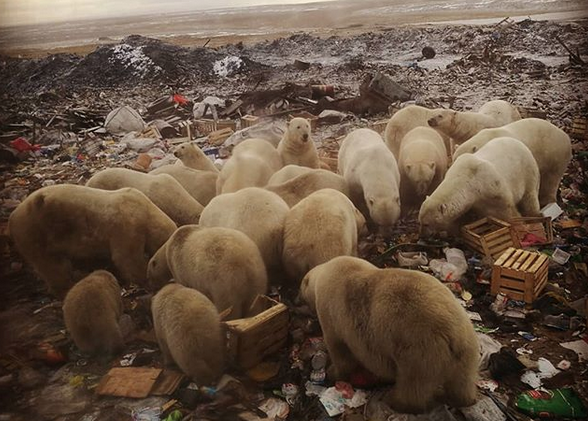 The accumulation of polar bears around human settlements has been observed since December. In the area of the village of Belushya Guba, 52 bears have been observed, while several of them are located on the territory of the village permanently. An eyewitness said that polar bears chase people and even enter residential buildings.

Local people are scared, they are afraid to leave their houses, daily activities have been disrupted, parents do not let their children go to schools and kindergartens. However, the authorities decided not to shoot the predators, even most aggressive ones. At the same time, it was said that polar bears do not show any reaction in response to people's attempts to scare them off. People try to use noise signals, patrol vehicles and dogs to scare the bears away, although to no avail. A group of specialists is going to be sent to the archipelago to assess the situation and make further decisions.

The Novaya Zemlya is home to about 3,000 civil people, There are also military men there, but their quantity remains classified.