Employees of the Interior Ministry of the Russian Federation, in cooperation with the Federal Security Bureau (FSB of Russia), detained a suspect in the theft of Arkhip Kuindzhi's painting titled "Ai-Petri. Crimea" from the Tretyakov Gallery of Moscow. The suspect, a 31-year-old man, was detained in the town of Zarechye near Moscow, a message posted on the official website of the Ministry of Internal Affairs said. 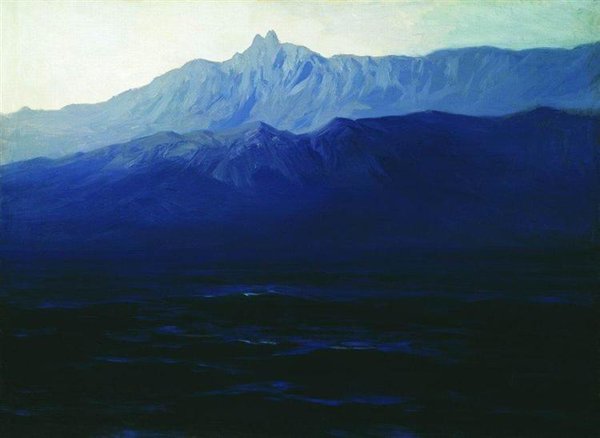 The man told investigators that he hid the stolen painting on a construction site, where the police subsequently found it. It was said that there were no visible traces of damage on the painting.

"It was established that the suspect had previously been detained by the Moscow police for drug possession in December 2018 and was a defendant in a criminal case initiated under Article 228 ("Illegal acquisition, storage, transportation, manufacturing, processing of narcotic drugs") of the Criminal Code of the Russian Federation," officials said.

Arkhip Kuindzhi's painting "Ai-Petri. Crimea" is usually displayed in the Russian Museum of St. Petersburg, but it was brought to Moscow for an exhibition of the painter's works. The man stole the painting in broad daylight, before the eyes of other visitors.

Interestingly, the theft was committed on the anniversary of the birth of the landscape artist (January 27, in the old style - January 15).

The man, whom other people took for a museum employee, calmly walked towards Kuindzhi's canvas, took it out of the frame and left. According to eyewitnesses, museum employees showed no sign of concern - they realised what happened about ten minutes later.

Penalties under Art. 164 of the Criminal Code "Theft of items of special value" may provide for imprisonment of up to 10 years.