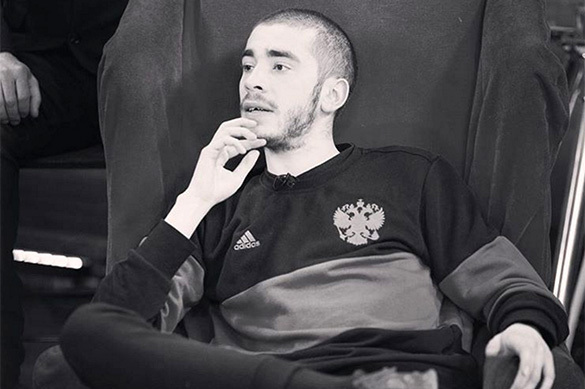 The hip-hop artist was charged with causing intentional significant damage to property of another. The rapper was also accused of disorderly conduct, insubordination to police, illegal organisation of a mass congregation of citizens in a public place and refusal to undergo a medical examination. It also became known that the rapper's concert in Volgograd was canceled without explanation too.

The rapper was detained the night before as he was trying to perform near a club in Krasnodar, whose owners canceled his concert for an unknown reason. Initially, the musician was supposed to perform at Aren Hall club, but local law-enforcement authorities demanded the organisers should cancel the event, stressing that Husky's work contains elements of extremism. The rapper climbed onto the rooftop of a car near the club, tried to perform one of his songs without a microphone and was arrested afterwards.

On November 20, Husky was supposed to give a concert in Rostov-on-Don, but his performance was disrupted by security forces. As reported, two policemen and several people in civilian clothes came to the venue prior to the concert and issued a warning to one of the managers about the need to prevent manifestations of extremist activities and violations of law during a public event. Husky's manager Andrei Orlov said that he didn't know why law-enforcers found Husky's performances extremist.

The musician himself said that law-enforcers found calls for cannibalism in one of his songs, while insults of the feelings of believers and the propaganda of Nazism were found in other songs. The rapper kicked off his tour titled "Leprosy" in November.

Meanwhile, performances of several other Russian rappers were cancelled in October. Representatives of the prosecutor's office said that the concerts had to be canceled, because artists use obscene language in their songs and propagate illegal activities among minors, such as drinking alcohol and taking drugs. They also call for life-threatening actions. In their songs, the artists gloat over death, allude to cannibalism, promote suicide and violence and call for asocial and destructive behaviour, officials said.