The Moscow Transport Prosecutor's Office is investigating circumstances of the death of a man at Moscow's Sheremetyevo International Airport. 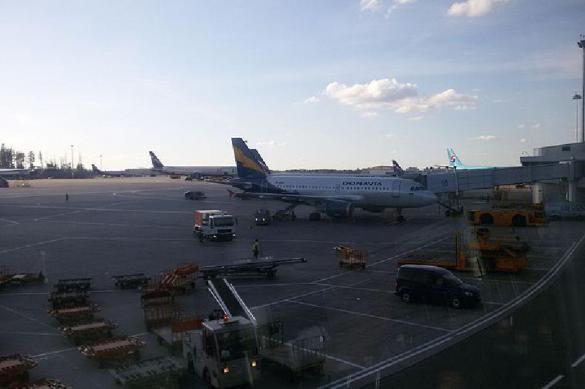 The victim, a 25-year-old male citizen of Armenia, was deported from Madrid, Spain, to his homeland with a stopover in Moscow. It is believed that the man went on a rampage on board the airplane on the way to Moscow. The crew had to call the police to take the man out of the plane, but nothing is known about his life after the man disembarked from the aircraft. It was said that the man did not cross the Russian border upon his arrival from Spain to Moscow.

The man was identified as Albert Yepremyan, a 25-year-old Armenian citizen.

The analysis of CCTV footage showed that the man went through the gate at the airport during the boarding of a Moscow-Yerevan flight. He went down to the platform bus, but did not board it. Instead, he quickly headed towards the runway, law-enforcers said. The police accompanied the man in the transit zone of the airport to the gate. The officers made sure that he went through the boarding procedure in the terminal and proceeded to the bus.

The Investigation Committee later posted a video taken from the site of the incident. In the video, an officer says that body fragments and pieces of clothing were found on the runway of Moscow's  Sheremetyevo Airport. The man's boarding pass and his personal belongings were found on the site as well.

It is believed that the man was killed by the landing gear of the Boeing 737 airliner (bound to Athens) as the plane was taking off.  The crew of the passenger liner informed flight control officers  of an alleged collision with an animal on the runway during acceleration. The pilots decided not to return to the airport as onboard systems showed no alarming signals.

Aviation security officers arrived to the airfield to inspect the runway. They found fragments of a human body there. It was later reported that the plane that killed the man during takeoff landed safely in Athens, but it was then found that the aircraft had its fuselage damaged.

Eight flights departing from Sheremetyevo were delayed because of the incident.