Lenin's Tomb on Moscow's Red Square has been a topic for discussions and disputes in the Russian society for long. Many in the country believe that the Tomb, or the Mausoleum, as it is commonly known in Russia, is a vestige of the past. Those people believe that the Mausoleum should be closed the Lenin's mummy should be buried. 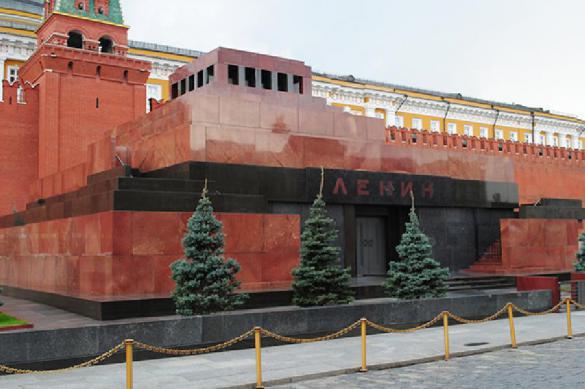 Others are convinced that Lenin's Tomb should always be kept in the mausoleum on Red Square because this is part of Russian history. Interestingly, the disputes over the fate of the tomb and the mummy in it started back in the Soviet era, during the late 1980s.

Vladimir Petrov, an MP from the Leningrad region, suggested burying Vladimir Lenin, the late chief of international proletariat, in 2024, on Lenin's 100th anniversary. The MP believes that the Mausoleum should still be kept open to the public. Instead of the mummy, the MP believes, one can keep either a wax or a rubber model of Lenin in the building for historic memory.

Today, according to Vladimir Petrov, the state spends too much money on the maintenance of the mausoleum and the body of Vladimir Lenin - about 17 million rubles a year ($258,000).