Rakhim Kuraev, a five-year-old boy from Chechnya, set a new world record having done 4,105 pushups non-stop for 2 hours and 25 minutes. Chechen Minister for Physical Culture and Sport, Musa Khanarikov, registered the record, but the boy will have to try again as he made a few mistakes in the process. 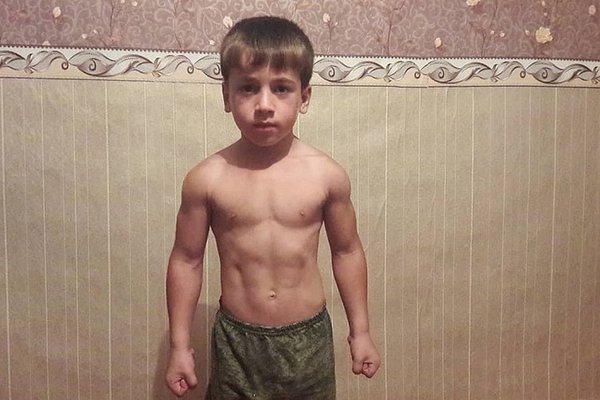 The boy is known in the republic as the "Chechen Schwarzenegger." "The boy dedicated his record to President of Chechnya, Ramzan Kadyrov," the minister said.

However, representatives of the Book of Records of Russia "had minor questions" to the record, and the boy will have to repeat his performance to make an official entry for the Book.

The previous world record for the largest number of push-ups was set by five-year-old resident of Kalmykia Republic, Batu Boktaev. In December 2015, the boy made 4,050 pushups without any interruptions in a gym of the city of Elista.

It was said that the committee of the Book of Record of Russia did not accept Rakhim Kuraev's video recording, because the boy was watching a cartoon on a phone while doing the pushups. In addition, the boy was moving the counting sticks, with which he was counting the number of push-ups.