Bribed officials throw cash out of window during car chase

The police in the Leningrad region chased the head of the administration of the village of Toksovo, Andrey Kozhevnikov, and his acquaintance, a deputy. The two officials tried to escape having received a bribe. 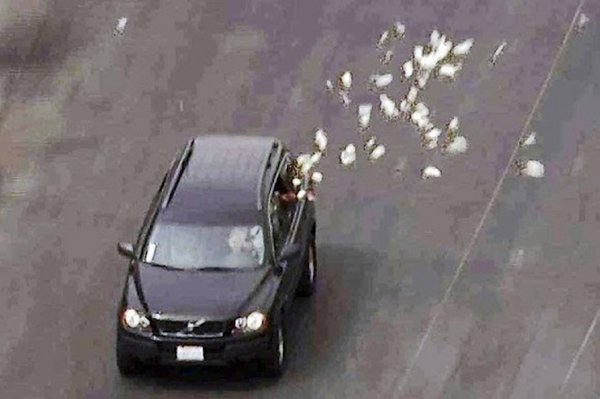 When the police started chasing the vehicle, the officials started throwing cash out of the car window. The police eventually stopped the car and later collected the money on the road side to add the banknotes as evidence to the criminal case.

The head of the administration of the village of Toksovo is suspected of receiving a large bribe. The official wanted two million rubles for signing sewage repair and reconstruction papers.

On October 21, Kozhevnikov received 300,000 rubles from a village deputy in the car.

The police appeared near the car at the moment when Kozhevnikov was taking the money. The law breakers decided to escape. As the police started chasing them, the officials decided to get rid of the money and started throwing cash out of the window.

After the head of the village administration was detained, his state of health sharply deteriorated. The man had to be rushed to hospital. The money and the documents of interest to the investigation were withdrawn.