Nikolai Valuev snickers at poor Russians who made him rich MP

Nikolai Valuev, formerly a famous boxer and now a member of the Russian Parliament, answered a question about poverty in Russia. 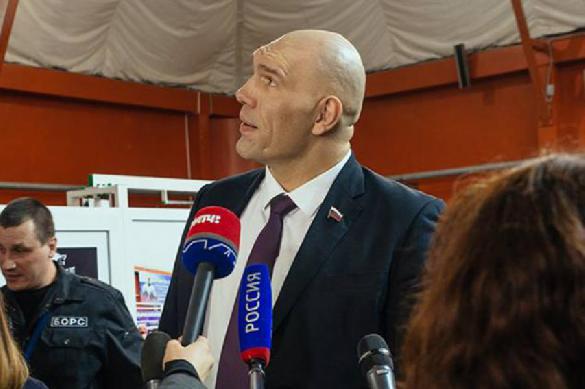 In "Ask Valuev a question" rubric of a special website, Russian citizens can post their questions to the famous MP. Alevtina Makarova, a resident of the Kemerovo region, wrote: "It's unpleasant and even shameful to live poorly in such a wealthy country as Russia. That's all what I wanted to say..."

Valuev replied that he understood an "unfinished sentence," and agreed with the author.

"One can talk about it forever, and the answer will be incomplete too," he wrote before quoting Soviet classic Vasily Shukshin: "It's not shameful to be poor, it's shameful to be cheap." Valuev also called upon the woman not to take his reasoning personally.

The callousness of the former boxer outraged social networkers. "Flaunted his intellect, didn't he?" critics of the deputy noted.

Valuev commented later that people preferred to react aggressively to Shukshin. "Let us not subject the classics," he wrote adding that his phrase was pulled out of context and misunderstood.

It is worthy of note that Nikolai Valuev, a people's representative, earlier declared his earnings in 2017 on the level of 10 million rubles (about $154,000).