Almost three-quarters of Russians (73%) said that schoolchildren should be forbidden from using smartphones and other gadgets during classes, a recent opinion poll conducted by the All-Russia Public Opinion Research Center said. 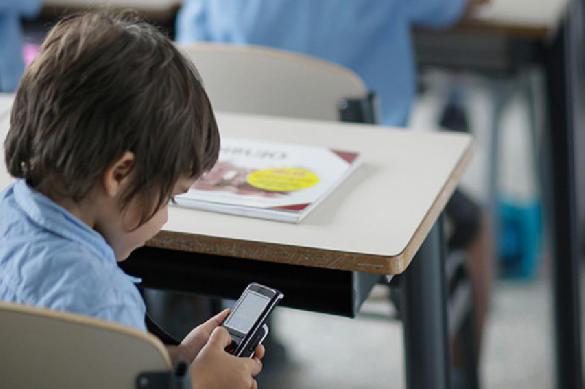 Eighty-one percent of those who supported the ban said that their children do not have mobile phones. At the same time, 17 percent of the total number of respondents believe that such a move will not change the situation.

"The initiative to limit the use of phones by schoolchildren during classes is supported by respondents of all ages and is not seen as an intrusion into children's personal space. It is seen as a way to improve their concentration on the educational process," Valery Fyodorov, the head of the All-Russian Public Opinion Research Center said.

On August 31, Russia's Minister for Education, Olga Vasilyeva, spoke in support of the ban on smartphones in schools. According to her, some schools already use special boxes, in which students can leave their gadgets. some schools also use a special phone, which parents can use to contact teachers.

The following day, President Vladimir Putin said that in order to assess how effective such a ban would be, one first needs to analyze the practice of its application. "I understand that this practice does not exist yet, so it's hard to say," Putin said adding that "one cannot ban everything." The President also said that one should think about ways to use "this or that phenomenon" for the educational process.