Man sentenced to 11.5 years for bringing bottle of Peruvian Ayahuasca drink to Russia

A court of the Moscow region sentenced a resident of the city of Nizhny Tagil to 11.5 years in prison for attempting to bring a Peruvian herbal infusion to Russia. The man was recommended to buy the infusion for medical purpuses, but he did not know that the liquid contained several ingredients that were banned in the Russian Federation. 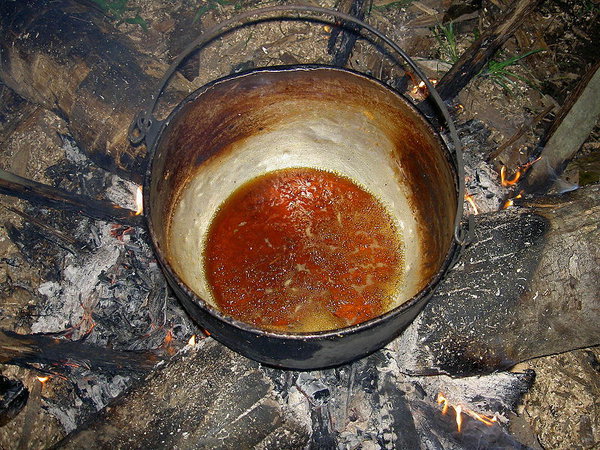 The court found the man guilty of illegal production, sale and trafficking of narcotic drugs.

The man, named only as Maxim, went to Peru to undergo a course of medical treatment for his back. In Peru, Maxim bought a local drink known as Ayahuasca, which he was recommended for his treatment. In Peru, this herbal infusion is considered a national treasure that can be sold freely, including to tourists, adults and children.

Peruvian doctors recommended the man should take a litre-bottle of Ayahuasca to Russia to continue the treatment in his homeland. The man flew from Lima with a stop over at Madrid and did not have any problems with the customs anywhere. However, upon arrival at Moscow's Domodedovo airport, the man was accused of drug trafficking.

Specialists established that the liquid in the man's luggage contained dimethylcryptamine - a narcotic drug that is prohibited in Russia. The man told the police that he did not have any hallucinations when he was drinking Ayahuasca in Peru. He also said that he found it revolting to taste, but wanted to drink it anyway as a traditional folk medication.

However, the police assumed that the man was trying to bring a large bottle of the medicine to subsequently sell it to others.

"They found that the souvenir was hoo heavy for him alone, even though the content of the banned substance in the liquid was miniscule. It can be metabolized in the human body, because our body also produces dimethylcryptamine. This substance is contained in any kind of meat. It does not have a narcotic effect on our body, but calculation methods in Russia are not the same as in other foreign countries. Then they accused him of drug trafficking because he crossed the border of the Russian Federation carrying a prohibited narcotic drug," the man's lawyer said.

The unhindered transportation of the drink across the borders of three countries also suggests that the Russian did not suspect that he was committing an illegal act. Ignorance of the law is no excuse, but, but it is important to investigate not only the fact, but also the intent, the lawyer believes.

Maxim has been imprisoned for more than a year already. Last year, the same judge tried a similar case against a shaman from Brazil, who brought six liters of the same drink to Russia. The president of the South American country stood up for the Brazilian, and the foreigner was sentenced to three years in prison.