Maria Alyokhina, a member of Pussy Riot punk band and oppositionist, will have to pay the fine of 400,000 rubles (about $6,250) for evading mandatory works that the woman was sentenced to for her act near the building of the Federal Security Bureau (FSB). 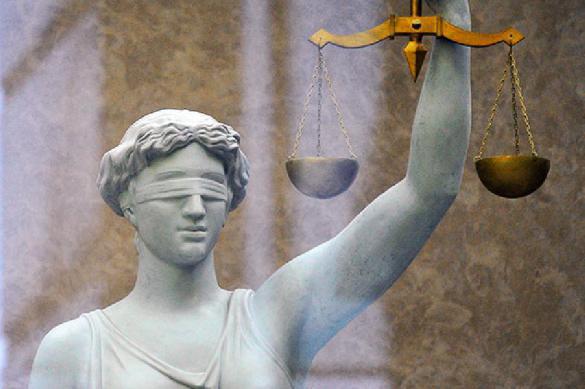 Two protocols were drawn up against Alyokhina for evading administrative punishment. The woman was fined 200,000 rubles for each of the protocols.

In the morning of July 10, Maria Alyokhina came to the Izmailovsky District Court of Moscow to attend hearings on the lawsuit that was filed against her by officials of the Nizhny Novgorod correctional colony N2. The plaintiff accused Alyokhina and the Sobesednik newspaper of spreading untrue rumors about the colony.

During a break, Alyokhina and her co-defendant on the case - journalist Sergei Yezhov - went out to smoke, when court bailiffs approached the woman and promised to arrest her for avoiding community services. After the court meeting, the Pussy Riot member was arrested and taken to another court.

Maria Alyokhina was sentenced to 40 hours of community service for her action near the building of the FSB in Moscow. The member of the notorious punk band held a banner saying "Happy birthday, executioners" on December 20, 2017, when the FSB was celebrating its centenary.  She was subsequently found guilty on Article 20.2 of the Administrative Code ("Participation in an unauthorized action"). Afterwards, she was sentenced to 100 more hours of community service for holding a potent action near the FSB.

Even though Alyokhina was sentenced to a fine of 400,000 rubles, it does not mean that the woman will not have to do the community service.