The Russian ruble crushed, smashed and struck to the ground

The police of the city of Syktyvkar, the capital of the Komi Republic in the north-west of Russia, investigate a case of vandalism after unknown individuals literally destroyed the monument to the Russian national currency, the ruble. The monument was erected by the national bank of Komi Republic in 2015.

The vandals crushed the pedestal, smashed the glass and struck the iron symbol of the national currency to the ground.

City crews cleared the site of the attack from glass fragments and took the ruble to a safe place. It remains unknown who wanted to destroy the monument and what moved those people when they committed the offence. 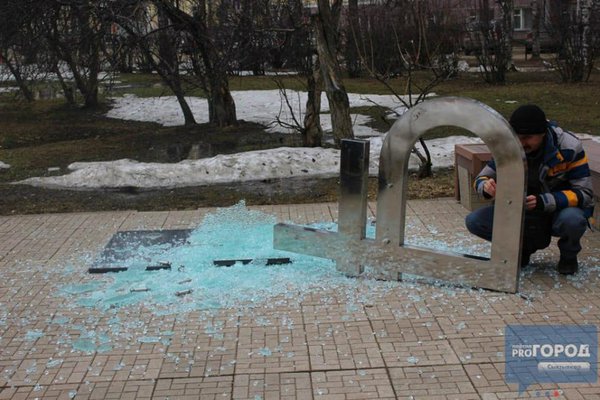