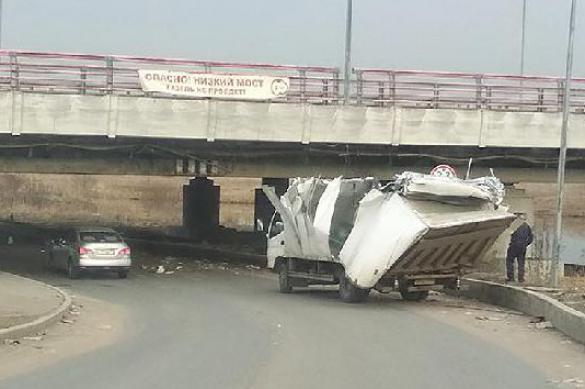 The message on the banner says: "Dangerous! Low bridge! GAZelle will not pass!" in large lettering, but GAZelle drivers still mange to ram their vehicle into the low bridge. It has thus become the 146th accident that has occurred on one and the same site.

The site is located on the overpass at the intersection of Sofiyskaya Street and Lensovetovskaya Road. The distance between the road and the bridge above it is only 2.7 meters. The bridge was built in 2011.

The bridge is equipped with all warning signs, which does not prevent GAZelle drivers from crashing into it over and over again.