In the city of Ulan-Ude, the capital of Buryatia Republic, a postal drone of the Russian Post crashed during the first try of the company to deliver a package to the addressee. 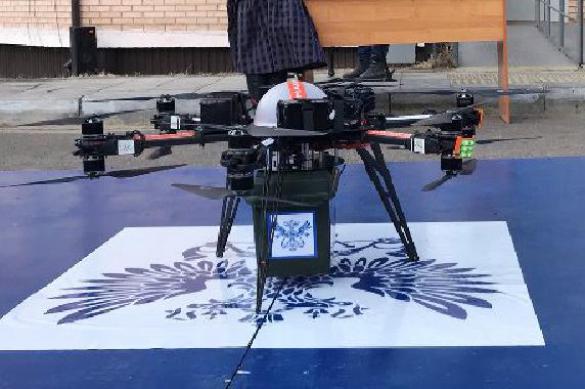 The quadrocopter was supposed to deliver the package to a village, but the drone crashed into a three-storeyed building and broke into pieces. No one was hurt. The destination point for the copter was 16 kilometres from the launch site.

Officials and journalists of Buryatia gathered to see the flight of the drone carrying a two-kilogram package. The copter crashed into the apartment building at the level of the second floor between the windows, then dove down and fell apart.

The device was manufactured in Russia. As it follows from characteristics, the drone can deliver cargoes weighing 4, 50, 100 and 230 kilograms. The cruising speed of the drone is 60 km/h; it weighs seven kilograms. The flight range with a return is 60-70 kilometres.

At the moment of landing, if it had happened at the given address, the quadrocopter would have stopped the engines for three minutes for the cargo to be removed, and then it would have started them again to return to the base.