Stephen Hawking: 'Intelligence is the ability to adapt to change'

World-famous British physicist Stephen Hawking died at the age of 77. Mankind will always remember the outstanding scientist for his unbreakable and indestructible strength that he always had inside himself. Hawking, even though he looked extremely bizarre in his wheel chair, was living a miraculous life inside his crippled body, and he always kept a good sense of humour. 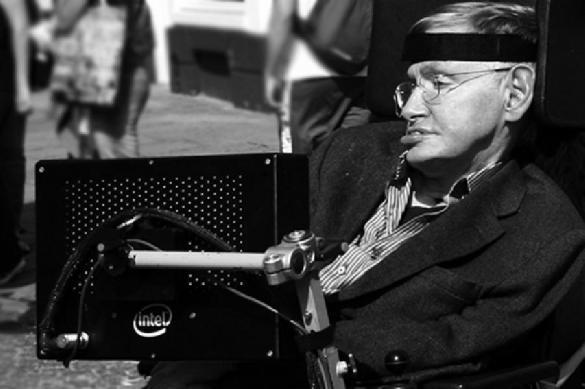 Stephen Hawking is known not only for his cosmic theories. The scientist has made a number of very interesting predictions about the future of the world. Below are a few of them.

Earth will soon turn into Venus because of the global warming phenomenon with atmosphere temperatures reaching +250 degrees Celsius and sulphuric acid rains.

Stephen Hawking believed that governments should prohibit the creation of combat robots already now due to the threat of uncontrolled proliferation of autonomous weapons.

The creation of artificial intelligence will be the most important discovery in the history of mankind. It may also be the last scientific breakthrough for man.

As for contacts with extraterrestrial civilisations, Hawking said that a contact with aliens would be similar to the experience that the Indians had to go through after Columbus discovered America.

Chances are high for mankind to disappear as a result of a nuclear war or because of genetically modified viruses.

The only chance for mankind to survive, Hawking said, is to leave our fragile planet within the upcoming 1,000 years.

"I believe alien life is quite common in the universe, although intelligent life is less so. Some say it has yet to appear on planet Earth."

"While physics and mathematics may tell us how the universe began, they are not much use in predicting human behavior because there are far too many equations to solve. I'm no better than anyone else at understanding what makes people tick, particularly women."

"Look up at the stars and not down at your feet. Try to make sense of what you see, and wonder about what makes the universe exist. Be curious."

"Intelligence is the ability to adapt to change."