Woman wins lawsuit against Orthodox believers for their obsession about genitals

In Krasnoyarsk, a woman won 20,000 rubles in a court action for false accusations and criminal responsibility for "insulting the feelings of believers." In April of 2017, a criminal case was filed against the woman after complaints were received in connection with a post that the woman made on her social media page. The woman posted a picture of an Easter cake with two eggs on its side. 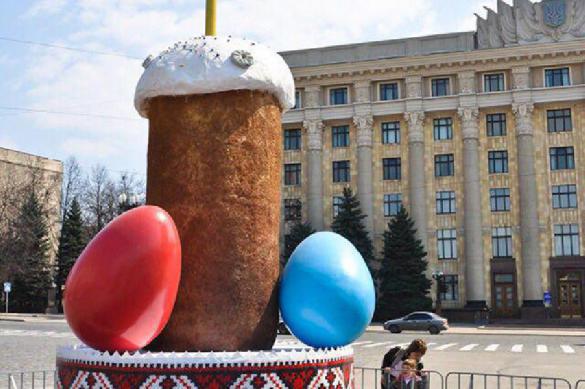 Prosecutors saw a phallic symbol in the picture. They consulted experts in the field of Orthodoxy, who said that "the attitude to the intimate side of human nature in Christianity was negative and was perceived as sinful." Accordingly, depicting Easter attributes as a phallic symbol is viewed as desecration of objects of religious veneration.

A priest of the Temple of the Archangel Michael and his parishioners appeared as the aggrieved. The woman claimed that the photo was taken in April 2011 on Kharkov's Victory Square during the celebration of Holy Easter. The case against the woman was closed for lack of offence in May 2017.

In response, the woman filed a civil claim.  On Thursday, February 8, the Sovetsky District Court of Krasnoyarsk ordered to recover 22,780 rubles from the Ministry of Finance of Russia in favour of the woman "in compensation for moral harm and legal costs incurred for the illegal imposition of administrative sanctions" against her.

The woman's lawyer, Vladimir Vasin, told reporters that the decision of the court was absolutely correct, because the reposted photo depicted only the Easter cake and two eggs. "It was the priest who associated the photo with the penis, even though there were no insulting captions made underneath the photo," the lawyer said.

It just so happens that the court confirmed that the photo in question depicted the Easter cake and the eggs, whereas the Orthodox should think more about Christ, rather than penises.