A Moldavian woman, the heir to Vladimir Putin's teacher Mina Yuditskaya, found herself in the center of a property scandal. The Moldavian woman, named only as Olga, is accused of not fulfilling the will of Putin's deceased teacher, Bloknot Moldova wrote. 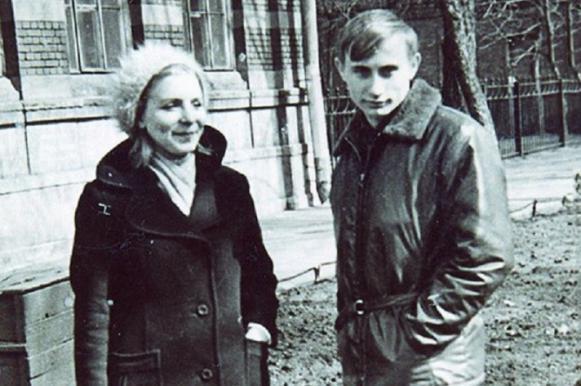 Mina Yuditskaya moved to Israel in 1973. Prior to that, she had taught German at School No. 281 of St. Petersburg, where Vladimir Putin, the future president of Russia, was studying at that time. The knowledge that Putin acquired with Mina Yuditskaya's help subsequently became of vital importance for him when he started working in the German Democratic Republic. Many years later, Putin, when serving as President, met with his teacher in 2005 during a visit to Israel. The teacher shared her very warm memories of the meeting afterwards:

"Vladimir came up to me and said: "Mina Moiseevna, we'll have some tea together." They showed me somewhere along a corridor. Vladimir was walking beside me, and then he suddenly said: "Mina Moiseevna, I'm bald." I said: "I can see it." We talked privately for about 40 minutes, and then I asked him: "Volodya, (this is a short form for Vladimir - ed.) what do you remember me like?" As a woman, I thought that he would say something like "you were a dolly." Yet, he bluntly stated: "honest, fair, kind," the teacher told reporters.

Mina Yuditskaya died at the age of 96 in December of 2017. Mina Yuditskaya left her apartment to the Russian Embassy in the country, and devised her money and property to her nurse, Olga. The teacher had to hire the woman to be looked after because of her illness.

However, Marina Kamelman, a friend of Mina Yuditskaya's, believes that the nurse was a crook.

"After the meeting with Putin, journalists from different countries would come to visit Mina. During her meetings with employees of the Russian embassy, Mina was complaining of her greedy nurse Olga. She wanted more money from Mina, even though she was paid good money let alone the fact that she had everything. Olga was making good money, her children were studying in Switzerland. Yet, she would always ask for more from Mina," Kamelman said.

When making her will, Putin's teacher requested Olga should pay her funeral and install a fine monument on her grave. However, the nurse hasn't done anything. Olga, Kamelman said, claimed that she was short of money and refused to execute the will of the deceased. The Russian Embassy in Israel covered funeral expenses instead. To crown it all, the embassy allowed the nurse to live in her landlady's apartment for a month.

"Olga refused to donate personal belongings of the deceased - books and photographs - to the Russian diplomatic mission in Israel. The money in the bank is enough not only for a decent funeral and monument, but for a few apartments," Kamelman said.

The woman is sure that Mina Yuditskaya's will can be revised to find a much better application for the money of the teacher, who had a special place in Putin's heart.