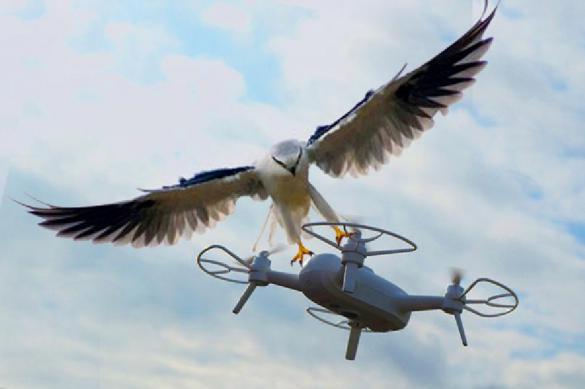 "Europe already has such experience. Yet, one needs to understand that a female hawk weighs about 1.2-1.4 kilos, which is not too much, so it is hard for a bird to intercept even small drones. There is no such objective, but it can be possible technically, even though falcons are better than hawks for this," an ornithologist said.

Crows spoil the golden coating of Kremlin domes and spiers and hunt singing Kremlin birds, such as nightingales. In summer time, crows may fly into open windows of Kremlin offices and steal documents. Yet, when they see hawks in the sky, crows prefer to hide.

The ornithological service of the Kremlin "employs" birds of prey for official Kremlin ceremonies. They used to shoot crows before, but birds of prey proved to be much more efficient for the purpose. Plus, the goal is to scare crows off, rather than to kill them. Own named Filya is on duty for night watch duties in the Moscow Kremlin.