A professor of Moscow State University named after Lomonosov refused to take an exam from a student who was wearing a kippah. The student filed a complaint at the university administration. 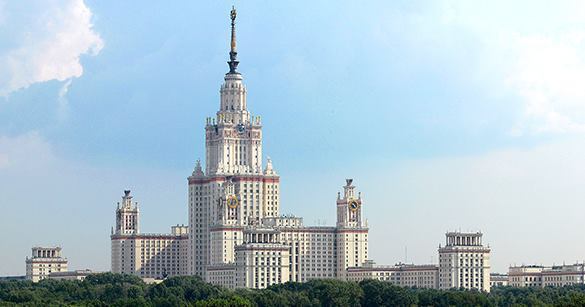 Professor Vyacheslav Baburin, the head of the Department of Economic and Social Geography of Russia, the Geography Department of Moscow State University, offered the young man either to remove his headdress or leave the auditorium. The student, named as Lev Boroda, had to look for another teacher, who would be willing to take the exam. The administrative office helped the student find a more tolerant professor.

The student filed a complaint against Baburin at the rector's office. According to the student, he has come across manifestations of religious intolerance at the university before. When he asked to be released from physical education classes during Yom Kippur - the Day of Atonement, when Jews practice strict fasting - another teacher advised him to "go get baptised."

In accordance with those rules, it is forbidden to stay at university premises in outer clothing and headdresses.

Kippah is a traditional Jewish male headdress, which looks like a small cap. Orthodox Jews wear the kippah at all times.