Europe's largest mosque to be built in Crimea

Europe's largest mosque is to be built in the city of Simferopol, the Crimea, until the end of the year. 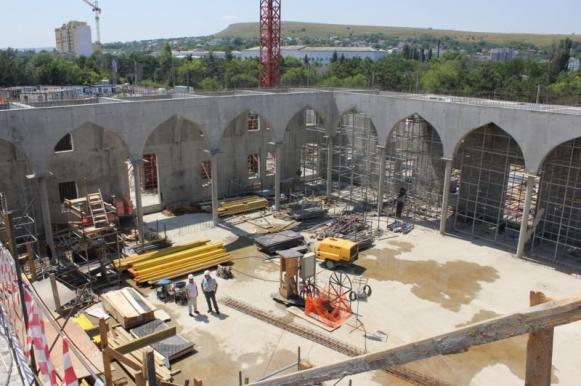 "Until December, all the construction works will be completed before landscaping begins. As it is planned, the opening of the mosque is to be held on April 21, 2019. The dream of Muslims of the Crimea and the Crimean Tatars about the existence of their Cathedral mosque, which would unite all believers under one dome on main holidays, has come true only in the Russian Crimea," State Duma deputy from Crimea Ruslan Balbek told reporters.

Workers currently build minarets and prepare to erect the main dome of the mosque. There is no possibility to disrupt construction terms.

The design height of the dome of the mosque is 28 meters. It will be surrounded by four 50-meter minarets. The mosque is scheduled to open on April 21, 2019 to coincide with the fifth anniversary of Putin's decree on the rehabilitation of the repressed Crimean peoples.