Leading Russian expert in the field of alcohol-related mortality and alcohol policy, Alexander Nemtsov, published a report, which said that the death rate in Russia increases dramatically during the holiday season in January, when the nation celebrates New Year and Christmas. In January, the report said, during the time of holiday festivities and parties, the number of deaths in Russia increases by 18,000 cases in comparison with other months. 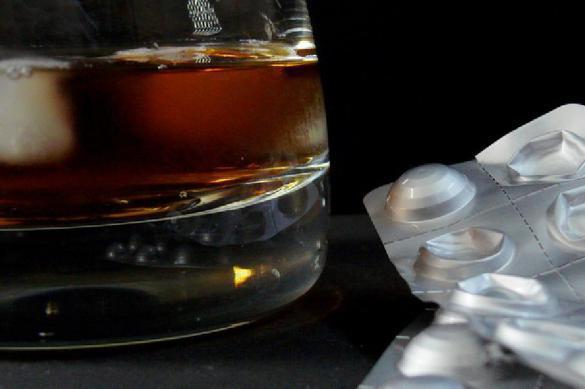 "The holiday season in Russia, which lasts during the first ten days of January, is full of festivities and celebrations, but it also has a downside, such as an increase in mortality," the report said.

"On average, January claims as many as 18,090 lives in comparison with all other months of the period from 2004 till 2016, which accounts for 10.8 percent of the total number of deaths in January," the study also said,

The expert believes that alcohol plays one of the key roles in the growth of the mortality rate in Russia. "In January, the rate of alcoholic psychosis in a number of major cities and regions of the country (Arkhangelsk, Moscow, Yekaterinburg, Chita and Crimea) raises considerably."

January is also one of the coldest months of the year, when people get sick (and die) naturally more frequently. However, "even though the influenza sick rate is high in January, the flu mortality rate is relatively small in January."

"The additional loss of 18,000 lives as a result of annual January holidays should raise serious concerns and require administrative, and possibly political, intervention to reduce this damage," the expert concluded in the report.