Aeroflot representatives explained the reasons behind the decision to withdraw Alisa Arshavina, the ex-wife of well-known Russian football player Andrei Arshavin, from flight. 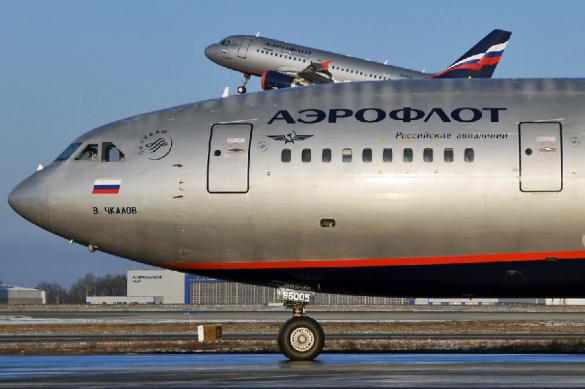 Alisa Arshavina, a business class passenger, her children and their nanny were withdrawn from Moscow-Alma-Ata flight due to destructive behaviour, Aeroflot spokespeople said.

"Arshavina ignored the requirements of the cabin crew and tried to move her nanny into the business class area, despite the fact that the nanny had an economy class ticket, in violation to the passenger carrier contract," a company representative said in a statement.

Ms. Arshavina refused to follow instructions from flight attendants when preparing the aircraft for take-off and did not fasten the child when the aircraft was ready to take off.

Ms. Arshavina also "repeatedly called herself a FSB major in an attempt to put pressure on the crew," Aeroflot officials said.

Football player Andrei Arshavin, a midfielder of Kairat Kazakhstan, said that he had cheated on his  wife, which caused their marriage to end.

"We parted because I really did the things that were wrong in relation to Alisa, and at some point I crossed all possible boundaries. I cheated and I regret madly about it. I understand that, unfortunately, one can not turn back time," Andrei Arshavin said.