In China, hotel room cleaners use toilet brushes to wash glasses and cups

Hotels of three international chains - Sheraton, Shangri-La and Kempinski - found themselves in the center of a large scandal in China. 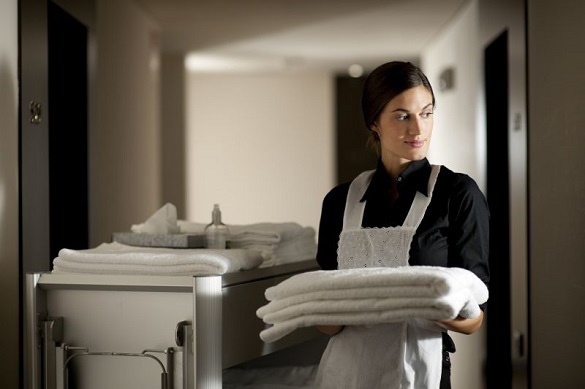 Journalists of local website Pear Video managed to make a video recording of hotel room cleaners using one and the same brush to wash the sink, cups and the toilet bowl. The maids also soaked towels in toilet bowls to wash the floor. It is worthy of note that the price for one night in those hotels costs from 100 to 400 USD.

The hidden camera video was made by a journalist who pretended to work in the hotels as an intern. The undercover journalists found many incidents of violations of elementary hygiene rules. Another video shows cleaners folding guest towels on the floor of the bathroom, throwing clean sheets on the floor before making up the beds, and using one and the same duster for trash cans, toilet and glasses in the room.

The authorities of the north-eastern province of Heilongjiang, where the hotels are located, confirmed the authenticity of the videos. The hoteliers were fined and ordered to "eliminate deficiencies." It was also said that the cleaners in the hotels complained of a lot of work that they had to do, South China Morning Post wrote.