An elderly woman was hospitalised with injuries to the Central Regional Hospital of the city of Uglegorsk on Sakhalin Island, Russia's Far East. 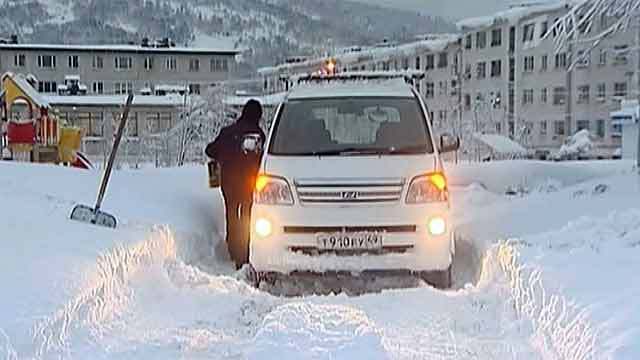 The pensioner fell out of the balcony on the 4th floor of the apartment building, in which the woman lived because of the hurricane wind. The incident occurred on December 26.

"The elderly lady went out to the balcony and could not stand the gust of wind, so she fell out of the window and suffered injuries," doctors told RIA Novosti.

According to local media reports, the woman, aged about 70 years, went out to the balcony of her apartment to smoke. She was lucky as she landed on a soft snowdrift. The ER vehicle could not approach the building, where the woman lived, so she had to be taken to the hospital in a loader bucket.

A storm warning was announced in Kamchatka and Sakhalin on December 24 in connection with a powerful cyclone. It was also reported that a bus with 30 passengers got stuck in snow amid the cyclone on Sakhalin.