In Kiev, the locals discuss the disheveled and shabby Christmas tree, which was put up in the center of the Ukrainian capital. The tree was delivered from the Ivano-Frankovsky region to Sofiyskaya  Square, Bloknot.Moldova reports. 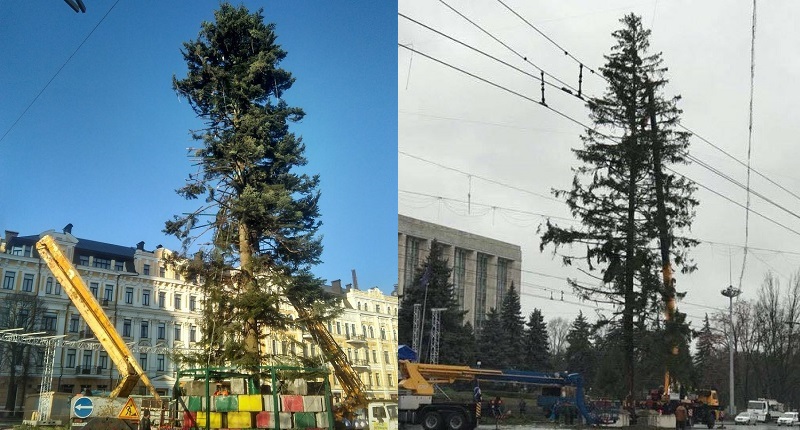 Needles from the tree started falling off the day after it was installed on the square. To make matters worse, the tree dangerously tilted, making it impossible to hang Christmas decorations on it. Officials with the Kiev City Council claimed that the tree was damaged and deformed during transportation.

"The tree was dragged on the ground from the place where it was growing! This is a repercussion!" journalist Anna Novikova wrote. Predictably, the looks of the Christmas tree triggered heated discussions on social media.

"Oh, what's wrong with it? Is it sick?", "The tree did not pass under bridges, so they cut down the branches," users wrote.

Some Ukrainians compared the Christmas tree to the Moldovan Christmas tree, which was brought to Moldova from the Ukrainian Carpathians in a very poor condition as well.

The Christmas tree, which was installed in the center of Chisinau last week, shocked local residents as well. "Terrible, disgraceful and mournful!" local residents wrote, prompting the authorities to take a quick decision to replace with Ukrainian tree with a Moldovan one.