Kremlin stars to be replaced with Imperial eagles

Russian Orthodox movement Forty-Forties (Sorok Sorokov) announced the need to remove ruby stars from the Kremlin towers and replace them with double-headed eagles. 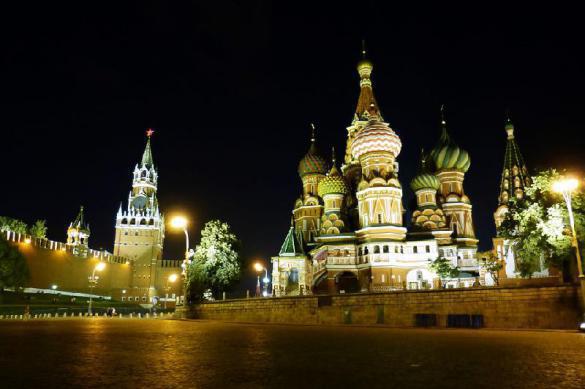 Representatives of the movement believe that this may serve as reconciliation and restoration of historical justice.

The statement from the organisation says that "ruby stars are appropriate on the buildings that were built during the 70-year-old Soviet period of Russian history, but not on the towers of the Kremlin, as Bolsheviks had nothing to do with their construction."

It is in the centenary of the Great October Revolution, when, in the opinion of the movement, the Russian society sums up the "social experiment of state building without God and his commandments, when two-headed eagles of the Russian Empire should return to the towers of the Moscow Kremlin."

Members of the movement also said that Spasskaya, Troitskaya and Nikolskaya towers of the Moscow Kremlin were named so after Jesus Christ, the Holy Trinity and Nicholas the Wonderworker. The movement plans to collect signatures to replace the stars of the Kremlin with Imperial eagles.

In August 1935, the central press of the Soviet Union published an official message from TASS: "The Council of People's Commissars of the USSR, the Central Committee of the CPSU decided to remove four eagles from Spasskaya, Nikolskaya, Borovitskaya, Troitskaya towers of the Kremlin wall, and two eagles from the building of the Historical Museum by November 7, 1935.  By the same date, it was decided to install five-pointed stars with a hammer and a sickle on the above-mentioned four Kremlin towers."