A Barbie doll wearing the hijab will appear in the United States. The prototype of the doll is the US fencer Ibtihaj Muhammad, who, performing in a Muslim headdress, became the bronze medalist of the 2016 Olympic Games in Rio. 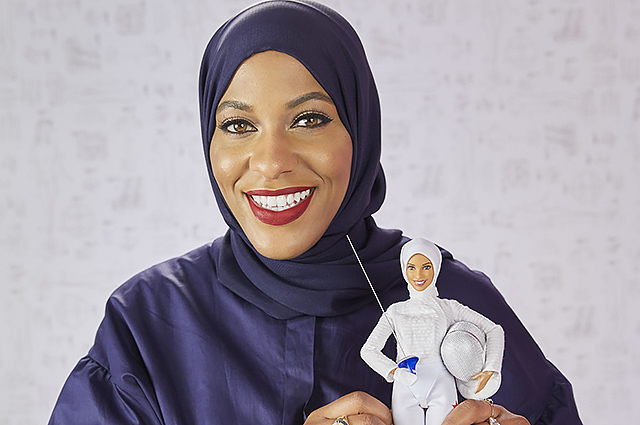 The doll was released as part of the Sheroes series, which is dedicated to women, who inspire girls and "expand boundaries" of opportunities around the world.

Ibtihaj Muhammad personally took part in the design of the doll. The doll looks like a copy of the woman athlete: the new Barbie doll wears a fencer's suit and has a fit figure. The doll's face was painted in a way to match the style of Ibtihaj Muhammad's makeup, which puts emphasis to the eyes.

During the ceremony, where the doll was first unveiled to the general public, Muhammad recalled her childhood and said that she wanted her Barbie dolls to look like her and wear the hijab. The  fencer said that she, along with her sisters, used to sow Muslim headdresses for their dolls.