Woman has children withdrawn from her after breast removal surgery

A foster mother from Yekaterinburg, Yulia Savinovskikh, who had her children withdrawn from her by guardianship agencies after a breast removal surgery, picketed the building of the Ministry of Social Policy of the Sverdlovsk Region. The woman announced that she was going on a hunger strike without water. 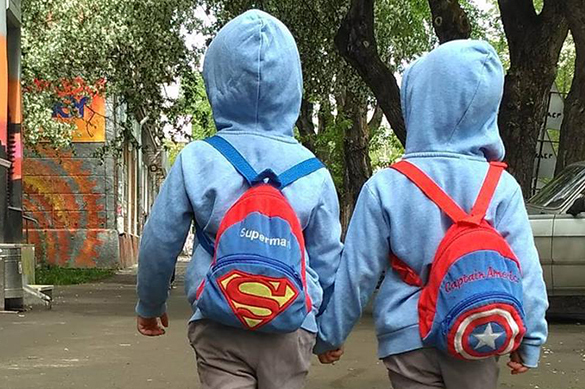 Vladimir Zlokazov, the Minister for Social Policy of the Sverdlovsk region, refused to provide any comments on the matter.

The woman said that she had a warm sleeping bag and a folding chair with her to stay there until she received answers to her questions.

After three births and health problems due to the large size of her breasts, Savinovskikh decided to remove her breasts surgically. Prior to the surgery, as an act of psychological preparation, the woman was blogging on behalf of a fictitious transgender individual, who was preparing for a sex-change surgery.

Yulia Savinovskikh is married and has three children. The couple decided to adopt two more children, because, as she said "if we can, then we must do it."

According to the woman, her husband saw a video of a children matinee at the orphanage, where her two adoptive children were put into. "My son has glassy eyes, he is clearly depressed and remains in a terrible moral condition," she said.