Ukrainians mount icon on drone to bless their village from above 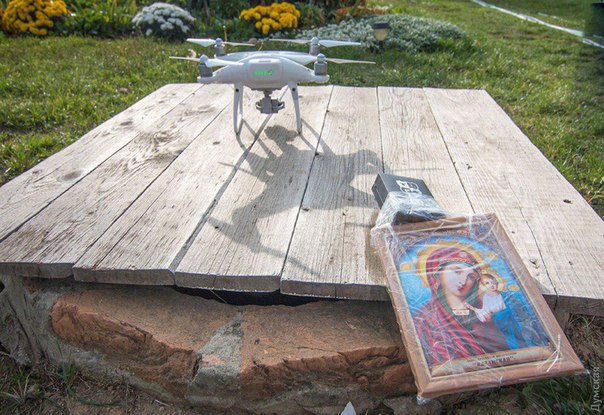 An unusual religious ritual was conducted in the village of Prilimanskoe near the city of Odessa, where an Orthodox icon was mounted on a quadrocopter to bless the village from above.

Villagers resorted to services of a local aerial survey company. They asked to mount an icon of the Kazan Mother of God on a quadrocopter to fly the drone around the village, which was said to be 2.5 kilometers long and 1.5 kilometers wide.

The idea of the "religious flyover" cam from a local entrepreneur, who was named only as Natalia. The woman hopes that such an undertaking would help improve the criminal situation in реу village. According to her, someone is robbed or assaulted in the village every month, while the police do not do anything to stop the outrage.