Surfers and fishermen found a dead whale in the sea near the beach of Nakhodka in the Far East of Russia. The fetid carcass stirred quite a commotion among sea gulls, crows and local selfie amateurs. 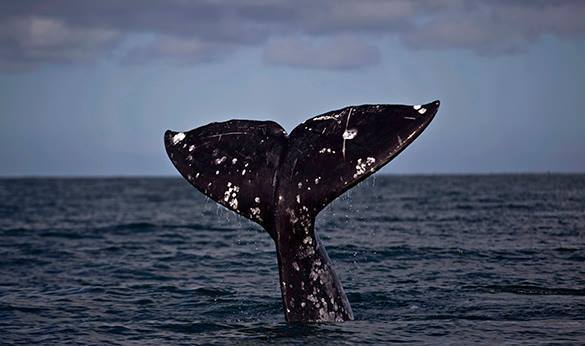 The dead whale is said to be about six meters long. Specialists identified the species as the little pike whale. Local residents asked the authorities to remove the dead whale from the beach. According to Primamedia, the carcass of the mammal has started decomposing and has poisoned air  along the coastline. The stench may ruin the vacation for many of those who enjoy themselves at local recreation centers.

For the time being, the authorities have taken no action to remove the body of the whale from the beach line.

Doctor of Biological Sciences Vladimir Rakov noted in a comment for the Rossiyskaya Gazeta newspaper that there was nothing surprising in the appearance of the little pike whale, aka Minke's whale, in the area. These whales may often be killed by propellers of vessels, the professor said.

The cause of death of the sea mammal has not been established yet. Officials with the Pacific Maritime Administration of Rosprirodnadzor said that specialists would act accordingly to remove the dead whale from coastline waters.

It is worth noting that rescuers have to bury beached whales throughout the world every once in a while. If no timely measures are taken, the carcass of the whale may soon swell from cadaverous gases and even explode. In the spring of 2014, three carcasses of giant mammals were beached on the coast of Canada's Newfoundland, and two of the carcasses had found themselves in close proximity to populated areas. The bodies of the whales remained on the beach for two weeks and increased in size twice because of the gases.