At the sea aquarium of Vladivostok, in the Far East of Russia, an animal trainer, who used physical force against a walrus, would be fired from his job. 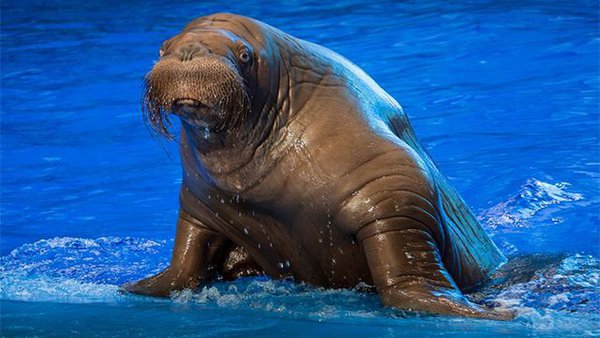 The fight between a human being and a pinniped occurred in the sea aquarium of Vladivostok on Saturday, September 24th. After a morning show, the friendly and sociable walrus named Misha, evinced a desire to communicate with seals. The walrus could harm the seals because they weigh nearly ten times as less.

"It was an emergency situation, and the animal trainer violated professional ethics in an attempt to solve the problem. We practice only positive measures of influence on animals, and the reaction to the actions of the trainer will be extremely strict. The employee, who has violated ethical norms of the sea aquarium will be fired," a representative of the sea aquarium said.

The walrus did not suffer any injuries. It was reported that the animal trainer was drunk when the incident occurred, but an aquarium representative refuted the information by saying that the trainer would not have been able to get to work in a state of alcoholic intoxication.

Walrus Misha weighs about a ton. He has been living in the Sea Aquarium of Vladivostok for six years already. He was brought from Chukotka as a baby and fed from a bottle. Today, he eats about 30 kg of red salmon a day.